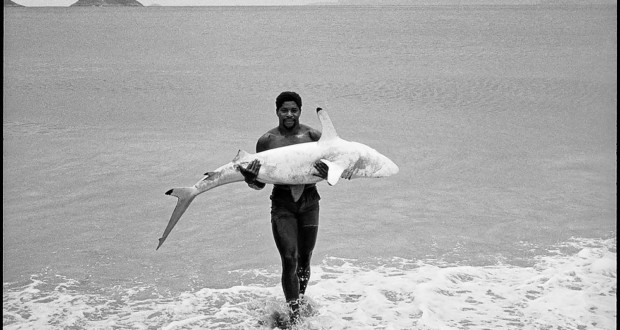 The exhibition “Resurgence” will be open to the public, on 21 de Mayo, Friday, from 11:0, no Museum of Contemporary Art in Niteroi (RJ), with an invitation to come back and breathe new airs. The title is an allusion to the oceanographic phenomenon that occurs when winds change direction and bring colder waters to the surface, rich in nutrients. Also known as outcrop, the cycle of nature can inspire reinvention and flourish, in the exhibition proposal of Entreartes – Art Collective, bringing together, no MAC Niterói, photographers Luiz Bhering, Pedro Vasquez and Renato Moreth, in addition to the architect Mario Costa Santos, responsible for the scenic design of the space.

The artists were invited to share the talents with the public, representing so many others that emerge from the city, which means water hidden in Tupi-Guarani, as the curator of the exhibition recalls, Ana Schieck:

“The name of the exhibition refers both to the meaning of Niterói and also to the phenomenon of resurgence, that makes food emerge from the depths in the form of creative power that we see emerging in the work of artists. Each was presented with the challenge of translating, from his poetics, the sense of renewal and feedback of what we hope will be a moment of recomposition of the city and its values. ”

There are more than 70 works on display. Writer and photographer, Pedro Vasquez celebrates, through a set of photographs entitled “Images of the floating world”, the contradictory nature of the sea. Professional who travels the world capturing images, Renato Moreth emphasizes the portraitist side, bringing faces and emotions together. Luiz Bhering, in great photos, the varied angles of the Museum itself, Oscar Niemeyer's work and symbol of the city. The waters are also represented in the scenography of Mario Costa Santos, through the projection of images of the sea at the core of the exhibition, where he exhibits the development of creating a line of furniture that connects artisanal and technological in design.

Dedicated to the memory of the late artist Cláudio Valério Teixeira, “Ressurgência” also marks the 11th edition of Entreartes – Art Collective. The project, idealized and produced by Cacau Dias, is in its third year of operation, and, for the first time, occupies or MAC. The purpose is to always seek to value local artists who are references in their areas of expertise.

The show, which was contemplated by the Fiscal Incentive notice of the Municipality of Niterói, will be open until 18 July, Tuesday to Sunday, from 11:00 to 4:00 pm, following health safety standards. The works of the artists can also be known on the MAC and Entreartes networks on the internet, where there will be updated information on the “Resurgence”.